Yestervid is a Youtube channel that specializes in archive film mashups.  The channel has 70,000 subscribers and over 25 million views.

Al is a closet historical film buff and spends a bit of time in the film archives discovering charming human stories and amazing nostalgic gems.

The films seem to have struck a chord with many people and are enjoyed by those with a love for culture, nostalgia, environment and history.

A few of the video titles are:

The Oldest Footage of New York City ever

How far back in time could you go and  still understand English?

Hey, one of our videos even got shared by Mark Ruffalo (The Hulk, The Avengers, Shutter Island)…

I love you NYC! Oldest footage of New York City ever: http://t.co/sfvvyfRKgf via @YouTube Via @dailykos

“amazing footage gives an incredible view into what the city was like a century ago.”

“charming then vs. now video”

“…astonishing footage from other cities, extinct animals, verified clips of the Titanic” 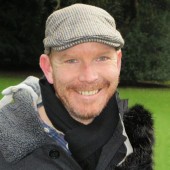